Drama enjoys an enthusiastic following and is a vibrant part of our annual Arts Week. 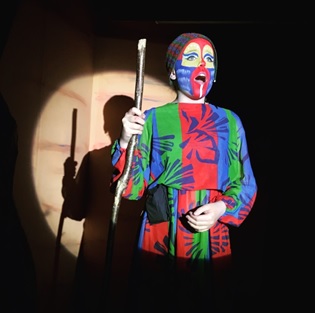 Drama gives children an opportunity to combine acting with song and dance. We have a number of productions which take place throughout the school year as well as our highly successful Arts Week, in which they explore and perform as many forms of art as possible in one week.

One of the highlights of our Performing Arts calendar is the annual Prep School production which takes place in November, involving the children from 7-13 years of age.

Whenever possible there is a Front of Stage Choir, which maximises the number of children in the production.  Past shows include Half a Sixpence, The Wizard of Oz, West Side Story, My Fair Lady, Beauty and the Beast, Bugsy Malone, the Lion King and the Jungle Book.

The annual set plays are also a feature of the Performing Arts calendar and involve every child in each set. An external guest is invited to judge this competition.

The younger children of the Pre Prep perform different productions for varying topics throughout the year, for example “Little Red Hen" for Harvest Festival, a summer concert and various adaptations of the Nativity.

During the Easter Term the whole school is involved in the Poetry Declamation. After a series of school-wide heats the individual finalists perform their chosen poem, as well as a group event where each form recites their selected work.  An eclectic mix of styles and moods is always represented and the Declamation is judged by an external guest.

Arts Week is held in the latter part of the summer term. There is a programme of diverse artistic activities, including Drama lessons from a professional actor.  The children participate throughout the week and there is a showcase presentation on the final day.  The 2010 Arts week’s finale was a whole school performance of "Les Miserables”.

We also offer LAMDA lessons with qualfied LAMDA teachers. Children can choose to be in a large group or in a pair. They all prepare to take examinations throughout the year.

Pupils perform short sketches to each other after some warm up games. The sketches have a theme and preparation time of 30 seconds to 15 minutes is allowed.

Recent plays this term have included a re-working of Cinderella, where Prince Derek traced Cinders as she had dropped her iPad, a demented book shop owner and his customers and a marriage between a human and an alien. Anything goes, where the only barrier is the children's creativity.

Whilst most improvisational drama is comical, reflecting popular TV series such as "Whose line is it anyway?" more serious themes have been explored.  Horror, Shakespearean tragedy and Holby City are three recent examples.