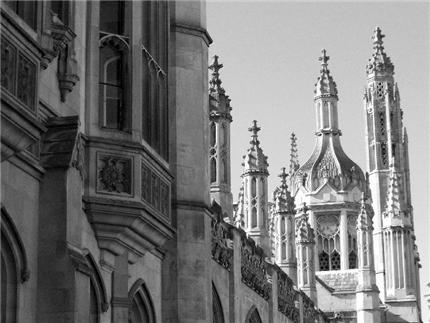 Traditional education in England can traced back in an unbroken line to those heroic missionary saints who first converted the pagan Anglo Saxon principalities to Christianity. St. Augustine is the traditional founder of King's School at Canterbury while St Pauilinus established St Peter's School at York in 625. These and many other similar schools founded in the succeeding centuries were always associated with a cathedral, abbey or great urban church. It was not a charitable exercise or an attempt to provide a universal education. Only bright,promising young boys were selected and given a free education by the clergy to prepare them for a life of service to the church.

Guardians of State and Church

Preparatory schools are the lineal successors of the lower school, while public and grammar schools  took on the role of the upper school. In the later middle ages, a third step in the ladder of education was provided by the foundation of various colleges which today comprise the universities of Oxford and Cambridge.

The direct link between the schools and the colleges is explicit in the large number of double foundations such as William of Wyckeham's creation of Winchester School and New College (Oxford) in the 14th century and King Henry VI's creation of Eton and King's College (Cambridge) in the 15th  century.

This education prepared the young scholars to run not only the church, in all its medieval ramifications and splendour, but also the clerical secretaries of the King, the nobles and great merchants.

The upper class was educated either by private tutors or by serving as a page in the house of another nobleman.

The destruction of the medieval church by King Henry VIII in the middle of the middle of the 16th century brought brought new challenges and changes to the old system. A host of new foundations and re-endowed old church schools were created. Thus Elizabeth I re-endowed Westminster, as did Edward VI at Sherborne, while such plutocrats as Sir Thomas Sutton created Charterhouse from the wreck of Carthusian monastery and Sir John Port founded Repton. This was also the great period of merchantile foundations such as Oundle, Tonbridge and Gresham's which were largely set up by London companies. The schools were now independent of the church hierarchy and controlled by foundation charters and statutes, watched over by fellows and governors and ultimately protected by the lawcourts. The term 'Public School' dates from the legalism of this period , though 'Incorporated School' would be a more accurate and certainly a less misleading description. The schools, though no longer run by the new Church of England, were among its closest allies. They still concentrated on producing the next generation of the clergy, though over the succeeding centuries the number of feepaying boys from the gentry and from trading and professional families gradually outnumbered the poor scholars. The study of Latin remained dominant in the curriculum, for despite the use of native English in the services of the Church, the Renaissance spirit now placed an even greater emphasis on classical learning. Knowledge of Latin and ancient Greek remained essential for higher education and the professions. Boarding was  common but seems to have been a flexible arrangement, provided either by the school, by individual masters or by specialised landladies.

A Need for Reform

There is much about an 18th century education which we would now find shocking in comparison to our more rigorously organised existence with it clocks, calenders, hygiene and basic standards of privacy. Which school would now dream of mixing 4 and 20 year olds, would issue beer with lunch, attempt to teach all classes simultaneously in one hall, share beds, or have maids prepared to wash the whole school's feet? The schools, like the surrounding society, were also violent with frequent floggings and occasional student revolts. In 1736 Dr Heath of Eton had to retire to bed for a week with strained muscles having given ten strokes of the cane to seventy boys. By the late 18th century the system was in a sad state of decline. Corruption and inefficiency has reduced the number of schools from 800 to a mere 100. In 1798 Shrewsbury had just two boys while the records from Eton, Harrow and Charterhouse show a successive decline in numbers throughout the first three decades of the 1800s. At the time the schools must have seemed like another doomed institution which awaited the right moment for reform, like pocket boroughs and slavery which were abolished in the 1830s. In 1819 a government committee produced a scathing report and reformers planned to annex and pool together all the endowments to create a national system.

The schools had however already started their own gradual internal reforms led by the example of such charismatic headmasters as Butler of Shrewsbury and Dr Thomas Arnold of Rugby. They led an astonishingly influential moral revival that stressed the development of character. Academic excellence was now balanced by the desire to foster Christian behaviour, service to society and an intense personal crusade against sin. The schools, like the monasteries of old,  began gradually to remove themselves from society in order to create the right atmosphere for their high aims. Many physically moved out of the towns into isolated rural settings or cut themselves off by walls and a system of bounds. Internally the prefectorial system, organised games, subdivision into separate houses, academic streaming, a full daily schedule and increased staffing levels slowly transformed them into total institutions. The influence of Plato with his theoretical education of the 'guardians of the state' and the practical example of the boarding system of ancient Sparta were tangible in these early reforms. Term-time, which had varied widely from school to school, was now standardised into the three familiar seasonal terms. In this new era of efficiency the schools also decided to concentrate their resources on a given age group and either opted to to become a lower (a preparatory) or an upper (a public or grammar) school. It was a decision that was long agonised over and although most of the older foundations opted to become upper schools there were some distinguished schools which decided to shed its older boys and become a preparatory school.

By the 1850's the transformation of the schools was complete. They caught the imagination of a vast new middle class market which had been created from the profits of the industrial revolution, burgeoning world trade and the British Empire. Demand so far outweighed supply that by 1870 some fifty new public schools were established. The older, more popular schools (such as Eton and Winchester) at the same time began their own competitive entrance examinations. These examination, the ancestor of the Common Entrance that was formally established in 1904, gave a further boost to preparatory schools which alone could provide adequate tuition. In the second half of the nineteenth century over 160 new preparatory schools were founded. The coastal towns on the Sussex and Kent coast were considered to be especially healthy due to the cool, sea air and were a favourite location for at least half of the leading preparatory schools. This loose but extensive system, meshed together by sporting contacts and annual conferences of Headmasters, had by then extended beyond the narrow confines of the school grounds to imbue Victorian society with some of its distinctive values: fair play, personal reticence, a rough and ready decency, tolerance and industry. It was directly copied in Canada, Australia, USA, Egypt, South Africa, and India, while a copious literature of public schoolboy adventure stories and magazines spread it tenets to every corner of the globe.

Some quotations from the 1890s, the period in which Cottesmore was founded help to further set the scene. John Ruskin, Slade professor of Fine Art at Oxford, thundered out a nationalist message to his students. 'There is a destiny now possible to us, the highest Everest before a nation to be accepted or refused. Will you youths of England make your country again a royal throne of kings, a sceptred isle, for all the world a source of delight; mistress of learning and the arts, faithful guardians of the honoured principles? This is what England must do or perish; she must found colonies as fast as she is able, formed of her most energetic and worthiest men, seizing every piece of fruitful ground she can set foot on and there teaching her colonists that their first aim is to advance the power of England by land and sea.'

The following excerpt, taken from the headmaster's letters about staff recruitment are also just as revealing of the spirit of the time; '...the staff were young, recruited from the public schools or Universities having been advised by Gabbitas and Thring [a famous educational employment agency] of a vacancy – 'the candidate chosen should be a member of the Church of England and must be a cricketer. £2-3 a week'.