Rugby is taught across the age range as one of the major sports. It has always been popular at Cottesmore as the vast majority of boys move on to attend Rugby-playing public schools.

The school is proud to have produced a number of professional players including Hugo Southwell (Stade Français and Scotland) and Luke Wallace (Harlequins) as well as many who have represented England at divisional, area or age group levels, such as George Swinburne (England U16). The great majority use Rugby as a vehicle for sport where the camaraderie and respect long associated with the game engenders firm and lasting friendships.

Pupils are taught daily during the season using a full range of techniques and learn unit, individual and team skills. We have complete sets of tackle pads, tackle bags, parachutes, contact suits and evasion poles to drill skills effectively, to enhance competitiveness, but always within the Cottesmore Rugby code: 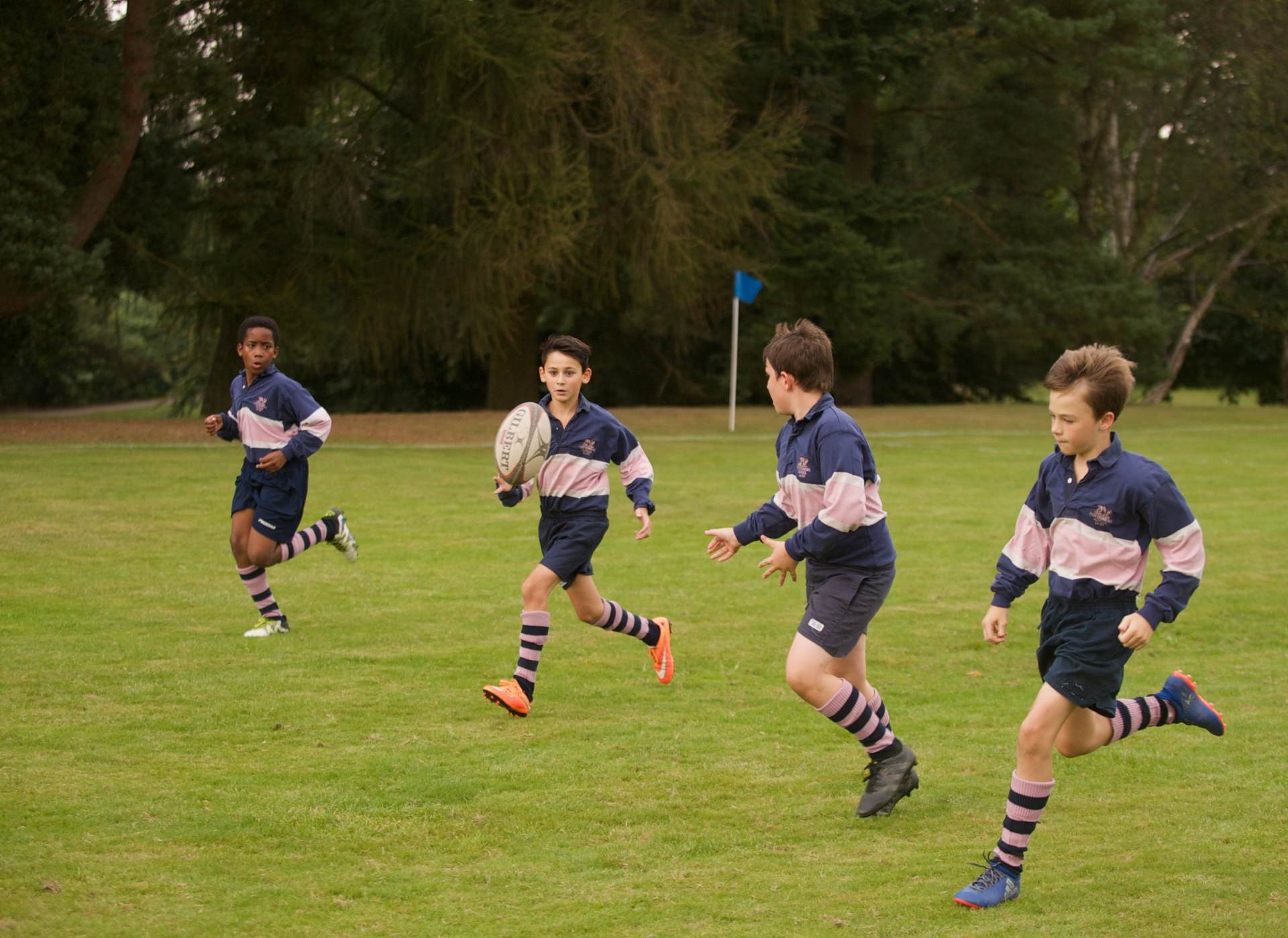