Welcome back from Half Term 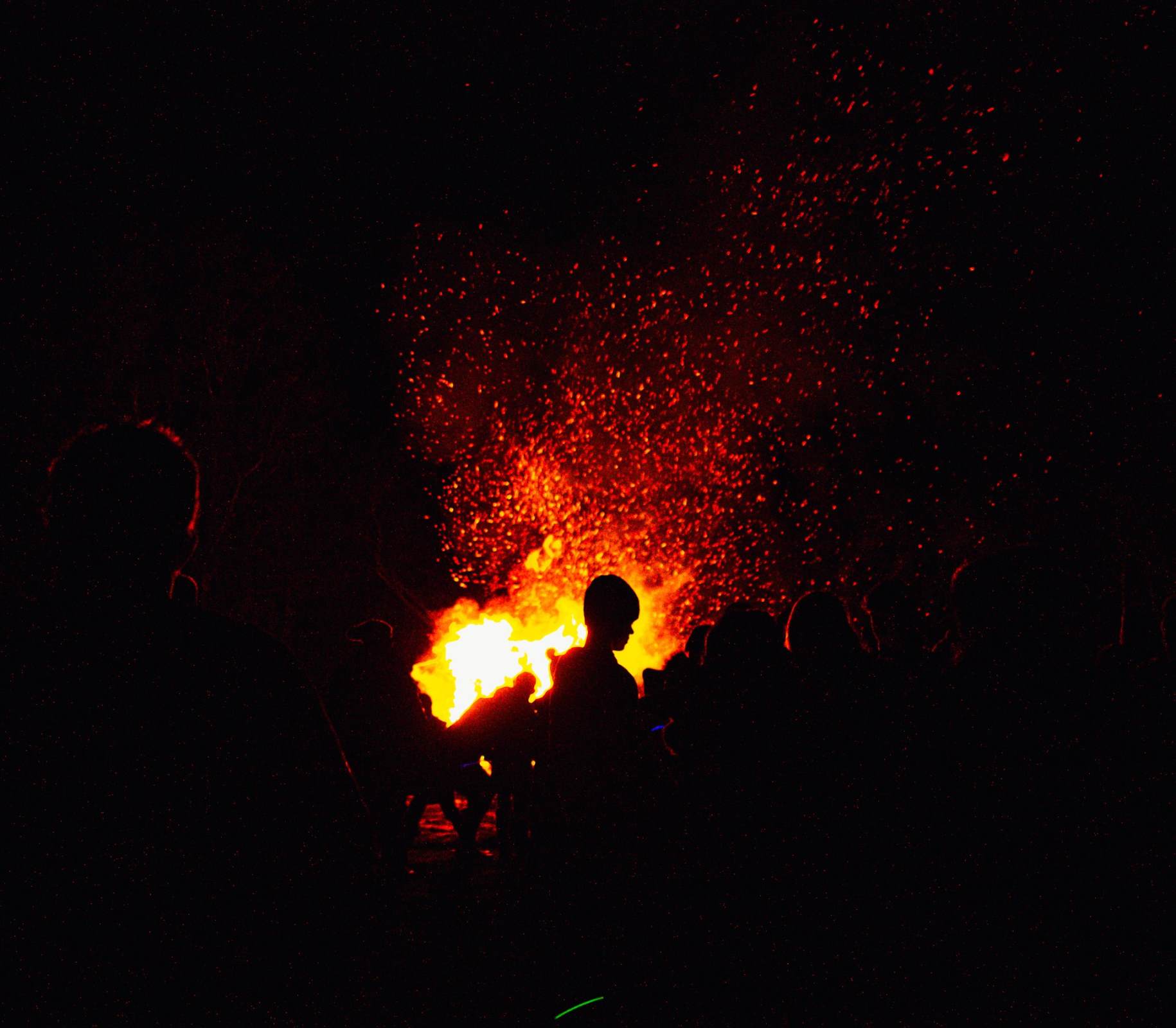 The welcome back from Half Term was spookier than usual with the girls and boys returning in Halloween costume. Given Cottesmore hasn’t traditionally been a school that ‘does’ Halloween, we coped rather well. The children have also been successfully growing pumpkins in their gardens at school with the full sized pumpkins befitting of the Halloween theme.
The countdown to Christmas has officially begun and the next 6 weeks are set to be action packed with plenty of seasonal cheer along the way.

Cottesmore’s Bonfire Night returned with a bang on Saturday 6th November, attended by just under 500 participants. All attendees enjoyed a roaring bonfire, a firework display, mulled wine and a BBQ, followed by Scottish reels and the Headmaster’s rock band ‘The Replicant Saints’, dancing and singing. It was a very memorable Guy Fawkes weekend for all!

The Cottesmore team have been actively spreading the word on boarding, as we co-hosted the very successful ‘Exploring Country Boarding’ event with London parents at the Lansdowne Club on the 4th November. Joined by Wycombe Abbey, Winchester College, Oundle, Sandroyd and Beeston Hall, the evening was a huge success with some familiar friendly faces in the audience – a huge thank you to our families who joined us for the evening.

The annual ‘Independent Schools Show’ returned to Battersea for its 15th year last weekend, with Cottesmore exhibiting in the only way we know how; full of energy, a touch of flamboyancy and most importantly, an invitation for all to have fun! Mr Rogerson unleashed his artistic flair with a Banksy inspired graffiti wall and attendees of the show were invited to ‘express themselves’ in Cottesmore pink or blue. It was a roaring success and the team returned to base suitably exhausted but happy to have had so many positive conversations with London families about Cottesmore. 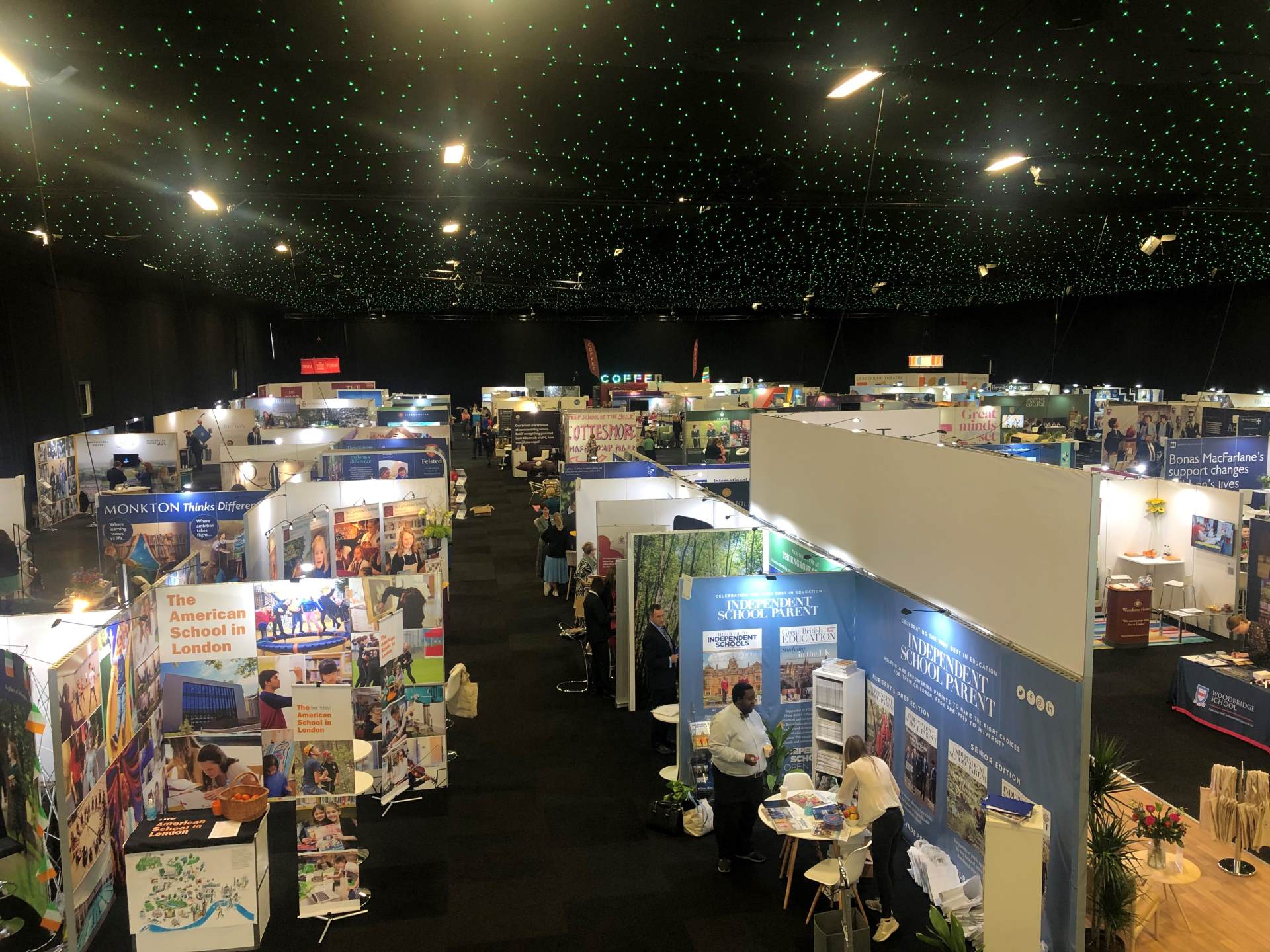 Substantial work has taken place over half term and continues until the end of the year; investment in the chapel roof and other renovation-themed tasks has meant a temporary fix of scaffolding around Buchan Hill. Cottesmore’s library welcomed Marilyn Brockhurst and her husband Simon from Norfolk Children’s Book Centre who completed an enormous overhaul of the much loved and used resource – adding hundreds of new books to the school and making sure the library experience for the girls and boys was as user friendly and enjoyable as possible.

Cottesmore is holding its own climate change summit this month: 'COTT26'. There will be round table discussions on how Cottesmore can play its part in the effort to save the planet from global warming. We will also be creating a Sustainability Council and have an inaugural meeting; representatives from this new council will be chosen from each Form.
We have also been in talks with a wonderful individual who will advise Cottesmore on all matters to do with nature and sustainability - watch this space, all will be revealed soon!
As you probably know, this year Cottesmore has added Sustainability as a lesson on the timetable: this will be the perfect time to continue discussions and points raised at 'COTT26' throughout the year, so that the work is remembered.

Matches continue along the same vein, with the fixtures coming thick and fast for the boys and girls. Our match highlights have been wonderfully captured by Mr Livermore …

Having caught the Windlesham Vikings off guard on Saturday, our pottaging archers, cavalry and infantrymen faced the formidable Brambletine housecarls, resplendent and determined in shocking pink. Yesterday’s tussle for power may have been 955 years on from the big day but we had two proud outfits going tête à tête on a hill in Sussex.

The opening salvos saw the Cottesmore archers fire uphill, denting but not piercing the Forest Row of magentally interlocking shields. Next it was the infantrymen of Keko of Caen, Conor of Coutances, Mika Paris and Oscar of Honfleur racing up the slope to batter and bruise the wall. Still the pinkly opponents proved impregnable. Liam of Lisieux was next… galloping with the stampeding Javier of Bardem, backed up by the rearguarding archers, Tom of Tinchebray, Cosmo of Calais, James of Giverny, Francis of Falais, George of Gordes and Maksym of Mourtain. But still the puce shieldwall stood firm.

And then it happened.

Nobody knows if he meant it but Liam Count of Lisieux feigned a retreat causing the Brambletye Saxon fyrdman between the sticks to chase him down the hill to his doom. The Duke of Bardem showed no mercy from twelve yards.

After a brief lull for breath and oranges, the cavalrymen were at it again - thumping up Senlac Hill, wave after wave testing the coral sea of shields to the limit. Conor of Coutances to the right of them, Mika Paris to the left of them - volleyed and thundered, Keko of Caen, Javier Bardem, Liam of Lisieux - all the world wondered.

And then the deadly blow - the Count of Lisieux fired high over the shield wall into the eye of the goal. From thereon, the brave Saxon Brambles battled on, the puce fyrdmen's bravery no match for the Cottesmorian tactics and weaponry.

Four deadly blows with no casualties and the unbeaten crown rests this night on the Duke of Caen's head. As Duke Rogerson The Conqueror nibbles on a triumphal crudité washed down with a vigorous burgundy, his 1st XI warrior enfants terribles ready themselves for the next conquest.

Remember remember the third of November, Cottesmore footwork and plot, I see no reason why this football season shall ever be forgot… Our merchants of menace, bedecked in ivory, with navy and pink in their hearts, took on our latest worthy opponents yesterday at Turner’s Hill. With James the first on the teamsheet, bethroned betwixt the sticks, guarded loyally by the Earl of Witheridge, the House of Fraser, the Prince Regent and the Duke of Oranjeboom, it was important to nip any conspiratorial plots in the bud early on. The best form of defence is attack of course and the good guys were soon knocking on the conspirators’ door. Cardiff found leeks in the plotters’ rather sheepish defending and the iberian-welsh wizard’s early strike made the kingsmen feel like they were back on the green green grass of home.

Our very own galactico, Cosmo, put in another stellar performance; his use of space and plutonic passing brought Worth back to Earth with a bump after early alien pressure. Tom, the celtic warrior, had his best game in a Cottesmore jersey. Composed, calm and cucumberly cool, we are all so proud of the way he has improved his decision making by speeding it up and doing the simple things perfectly: as reliable as a Tom Jones hip swivel, this Man of Harlech hit all the right notes once more.

Prince regent, George the fourth player on the teamsheet, was imperious, Germanically organised and Hanoverian in his handling of their best player, their guy up front making dangerous fawking runs. George has another year in this jersey to come; all of this experience is so valuable for when he inherits the throne as chief yeoman in the back line in September ’22. Francis, full of rich Hollandaise sauce and verve, mixed cute and brute to keep James’s throne intact. One mistimed lunge brought with it a slight penalty but his resolution and obdurance prevented more serious capital punishment throughout.

Oscar, recently shorn, nippy as ever and tough as Mr Rogerson’s guitar case, put in another predictably sparkling performance. Like the Prince Regent, he shall dine at the top table as a senior player next year. Marvellous engine. Mika, the sleeker, tested the keeper, ran the midfield despite playing deeper. His left foot could uncork bottles of claret from fifty yards. Conor, the buzzing Brighton bombardier beavered and levered down the right and possessed a constant threat to the bad guys. As tough and elegant as a pebbled beach in November. Javier, our spain in the neck for all opposition toilers, showcased his nippy fleet of foot again – what a footsmith he is – toying with the torros throughout. The aforementioned Liam, the master of disaster, king of the hill and our top scorer, did again what he does best. Was this the left boot that launch’d a thousand goals and burnt the topless towers of Ilium? Well done again, young man.

Which leaves Keko. If ever a human was born to kick a ball – technique, balance, grit, determination, poise and elegance. But enough about the master-in-charge. Keko is a very special talent and what is most pleasing is the encouragement he offers the mortals around him. Good for you, senor.
A magnificent seven. O lente lente currite noctis equii.

Cottesmore in the press

Cottesmore has been busy making headlines in the trade press. Mr Rogerson was one of four Head teachers to be contribute towards the Autumn issue of Independent School Parent magazine, the article can be read here: https://magazine.independentschoolparent.com/customer-magazine/ask-the-experts/.

News about Joe Wicks’ recent visit to Cottesmore was embraced by many of our local and London publications with our COTT26 initiative covered by leading London title School House magazine. We have been busy submitting other topical articles and another IGTV interview with School Notices is coming your way, too!