Cottesmore is awarded 'Prep School of the Year'

Cottesmore School is absolutely thrilled to report that it has been named ‘Prep School of the Year 2020’ at this year’s Tatler Schools Awards.

Taking a slightly different approach this year, the annual awards ceremony took place virtually ‪on Tuesday 6th October, for the first time in its history, via Tatler Schools’ Instagram TV (@tatlerschools). The occasion was strongly attended by an online audience representing the top Prep and Public Schools in the Country.

Cottesmore’s Headmaster, Tom Rogerson, filmed a wonderfully typical Cottesmorian acceptance speech on a paddleboard on the school’s lake. Mr Rogerson added, “We are genuinely overwhelmed to receive such a prestigious accolade and for this incredible recognition”, he continues, “this sets the tone perfectly for our new academic year and is an incredibly fitting way to celebrate the entire Cottesmore team and wider community; all of who have played their part in making Cottesmore the school it is today”.

Cottesmore was honoured to be included in the Tatler Schools Guide 2021. Cottesmore was previously a runner-up for ‘Prep School of the Year’ in 2016. 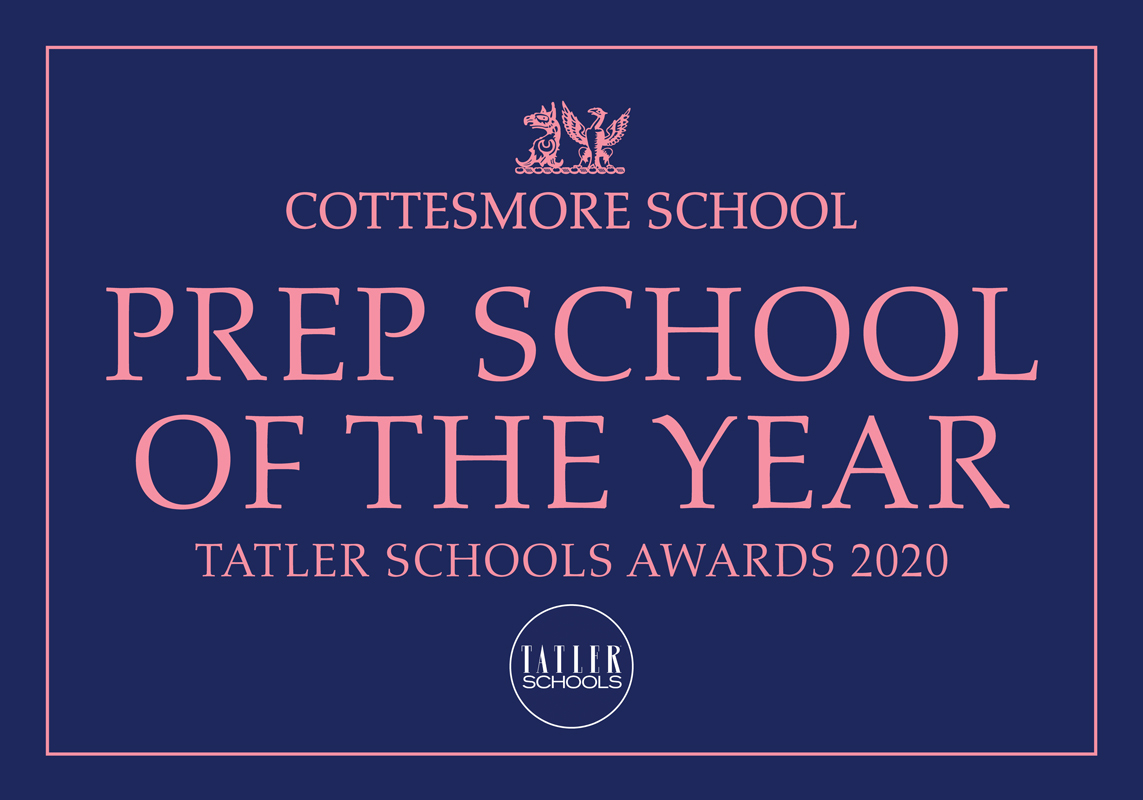